Fly me to the moon

02 jun 2019 Av Morten Werther
Reflections on the book “Failure is not an option”, the inside story of what went on in Mission Control at NASA. 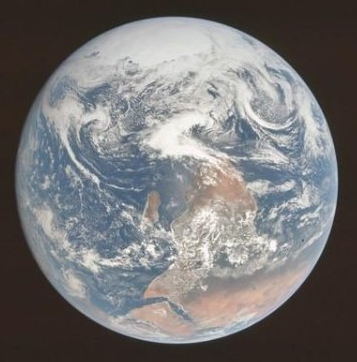 On the 20th of July this year we celebrate the 50-year anniversary of the first manned lunar landing. How this feat should rank on the list of all human achievements may be up for debate but looking at it from the point of how hard it was to accomplish; the fact remains that after the Apollo missions ended no human has set foot on the Moon again. For the post World War II generation, this was a truly defining moment and an inspiration to believe that almost anything you set your mind to is possible to achieve.

The U.S. didn’t start off in the best possible way, however. Instead, it was the Soviet space program under the brilliant engineer Sergei Korolev that celebrated one success after the other in the late 50’s and early 60’s. In the face of possible further humiliation, president Kennedy turned around from a somewhat reluctant position towards the space program to deciding that the U.S. “before this decade [the 60’s]” should land “a man on the Moon and returning him safely to the Earth.”

Now, many years later, it is still exceptionally difficult to send people into space beyond Earth’s atmosphere, even with all the technology we have developed and acquired so far. In that context it is easy to imagine how the engineers at NASA felt that crucial year in 1962 when it was announced what they would need to achieve in seven short years.

Gene Krantz, serving as a flight director during the Apollo missions, has given an inside story of what went on in Mission Control at NASA in the book “Failure is not an option”. Apart from just being an interesting source of information for an important event in human history, it also gives a lot of insight into the scale and complexity of the full operations, the creative ingenuity that characterized the young and inexperienced staff as they encountered one problem after the other, and the sheer stubbornness and stamina required to reach the goal.

A pivotal moment is when Krantz realizes that there are three main problems to tackle. First of all, although they were all very skilled and able engineers, they needed to take the important step from “just” understanding how systems were constructed and built into understanding how to operate them. As an operator, you need to know not only your own part of the system, but also how it ties together with other systems to make a successful mission. If there are failures, rapid decisions must be taken on fixing or working around the problem to keep the mission moving.

Second, a mindset shift was needed to realise that operating in space was nothing like what anyone had experienced before. Most engineers and pilots had a background in aircraft testing where you were never far from a possible landing site, a kind of luxury that was not available for spacecrafts in orbit. Apart from this, the technology involved was new and alien, engineering was extremely complex, and everything was bordering on pure science. They felt like dinosaurs stumbling into a technical revolution.

The third problem was probably the most difficult one to solve. The concept of Mission Control was new, and the astronauts preferred to talk to the Chief Flight Controller. If a controller suggested something, the astronauts would double- and triple-check it. Respect and trust were needed, and to build that the controllers had to prove that they were the real experts in their technical specialties. This took time and hard work.

Basically, without talking about it in such terms, the engineers at NASA were true to values that many companies struggle to adopt even today. They understood that development and operations are equally important to master, and that there is a feedback loop to mind. They understood that when you are working with unknown technology and factors, you need a humble mindset and a stepwise approach where learnings are carefully recorded. And finally, but not least, they understood that no organisation can work properly if the people in it haven’t established trust, especially when time is of the essence and lives are at stake.

Due to the many unknowns of space travel, there was also a need to accept a certain level of risk. It was not that people were careless, far from it, but rather there was an understanding that even though you did everything to avoid issues, it was even more important to be prepared for them happening. This attitude did not necessarily suit everyone. Kraft noted that “if you ask enough people, you’ll find someone who will disagree with the majority and give those nervous about risk a way out.”

Sometimes the cost of risk was unbearably high. During a ground test with an Apollo spacecraft in 1967, an electric spark ignited the pure oxygen atmosphere inside the capsule and a design flaw in the door hatch prevented the three astronauts inside from escape. They paid the ultimate prize for humankind's dream of reaching the stars.

It’s not about glorifying either the people or the time they were living in but noting that what they accomplished was nothing short of amazing, and the learnings they made are surprisingly relevant even for the world and circumstances we live in today. During the Apollo 17 Mission in 1972, the famous “Blue Marble” picture of Earth was taken on the way to the Moon, a symbol of our precious and vulnerable planet in a dark cold Universe. Sometimes you need to travel far away to truly appreciate the place you come from.

Acknowledgements: Thanks, Kjell Krona, for giving me this incredible book!